A lot of the time photographers tell me that they do not bother shooting in RAW, because the files are too large, and when you process the image you eventually end up with hundreds of duplicates. There are also some photographers out there that delete their RAW files after processing them, just to save space.

I'm not going to go on a massive rant about the benefits of RAW over JPEG, mainly because they both have their place in this digital world of ours.

What I'll do instead, is just give you a physical demonstration about the benefits of shooting and keeping your RAW Files.

This here, is an image of an Owl. It was shot as a RAW file (.CR2) and processed straight from the camera with nothing corrected. If I had shot this image in JPEG, I would have pretty much the same image (except, a colour profile and white balance would be embedded in the image). 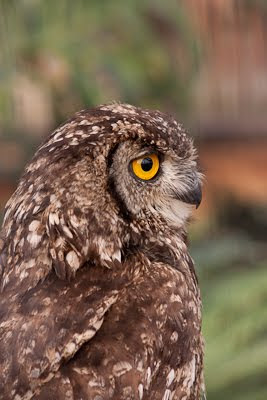 Now say that this was the original, the only copy I have is this JPEG. I open it in Photoshop a few times to tweak it. Adjust colour levels. Maybe change its white balance. But, every time I do a change to this image, I save it again. In the long run, my photo of the owl would look like this: 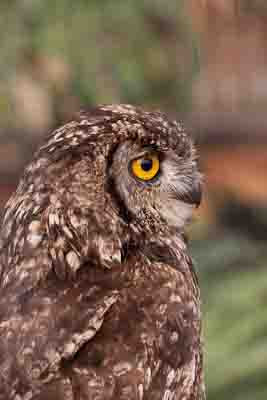 Why? Well, simply. To make the JPEG file internet friendly, when it is saved, it basically takes a pixel and says, “well this pixel is colour X... so to save space and information, lets make the adjoining pixels colour X as well.” That way, it does not have to remember as much information and therefore the image shrinks from 500Kb to 20Kb for example:

While only done a few times, this isn't an issue and you'll never notice. But it doesn’t take long until all the pixels become Colour X and therefore your image will end up with noticeable squares (or giant pixels).

Of course, there are ways around this. For example, save your processed image in a lossless format, say, TIFF or PSD and work on those images leaving your original JPEG safe from saving.

I have a three step image system. Shot in RAW, Processed in PSD (where I keep all the changes I make in layers, so I'll always be able to go backwards or forwards without fear of losing anything that I've done to the image) and then JPEG with ugly watermark for the internet.

If an image needs to be printed, then off it goes as a TIFF in CMYK – but I'll leave that for another day, when I'll rant about mega-pixels being bullshit.

The final reason as to why I'll never delete my RAW files, is because, they are the equivalent to my negatives, in pretty much all forms and sense. No photographer throws out their negatives.